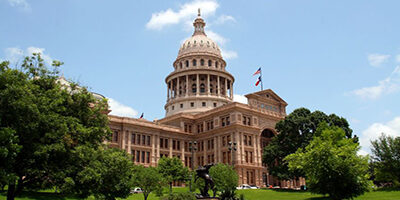 Mike Toomey and his new firm, Texas Lobby Partners, have scored big once again in the Capitol Inside Texas Lobby Power Rankings for 2021. Mike is ranked #1, with partners Marc Rodgriguez and Carrie Simmons coming in at #20 and #26, respectively. The firm itself is ranked #2 in town, despite only being in existence for a few months …. The article says:

Partisan Democrats went ballistic last spring when Governor Greg Abbott enlisted veteran lobbyist Mike Toomey to manage the reboot of the Texas economy that had been on life support for a month in the baby stages of the coronavirus crisis. The Democrats contended that Toomey would be in prime position to help his wealthy allies with the special assignment that could pay major dividends for an already lucrative lobby practice when he returned to the private sector eventually. They were dead right on both points. But they missed it on the motives.

A former state lawmaker who’d served as chief of staff for Republican Governors Bill Clements and Rick Perry, Toomey wasn’t in it for the money when he signed on as the chief operating officer for the Strike Force to Open Texas from the initial COVID-19 lockdown. That’s always been a secondary consideration for Mike the Knife – the moniker that his conservative Democratic colleagues bestowed on him as the Texas House Appropriations Committee’s only truly effective member during the 1980s when the state was in the fiscal tank.

Toomey took the call on covid for the thrill of the challenge and the opportunity it afforded to have a hand in shaping history in a more extraordinary way than he had in the other stops on a gold-standard resume. This was all about influence for a highly-competitive individual who’s second to none when it comes to competitive instinct. But Toomey’s latest tour of duty in the public arena was actually a gamble with the potential to do as much or more harm than good to his own business in light of the unprecedented uncertainty that he was trying to navigate with a shockingly incompetent federal government as a massive obstacle. The experience has raised Toomey’s stock considerably nonetheless – and he’s crowning the Capitol Inside Texas Lobby Power Rankings for 2021 as a result of it.

But there’s a catch. It’s true that Toomey’s deep connection to the GOP put him in position to be the number one hired gun this year at the massive pantheon of government at 11th Street and Congress Avenue. The truth is – however – is that he’s ranked first in spite of it.

Toomey in the meantime has responded to the unforeseen departure by rebuilding his team at the Texas Lobby Partners with the addition of veteran public advocates with ties to Democrats in Marc Rodriguez and Carl Richie. Carrie Simmons, who’d worked for Republicans at the Capitol before joining Toomey’s firm, probably can expect her clout to go up as the group’s youngest member and has vaulted into the top 30 as a consequence on the contract lobbyist list as a result.