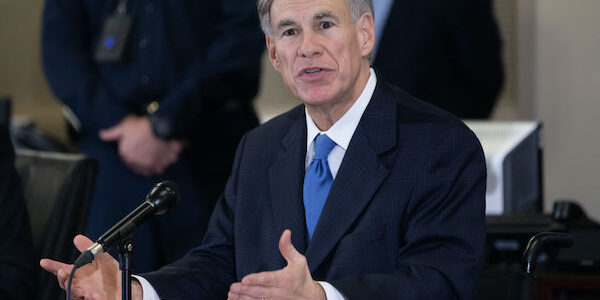 Many Democrats want the economy to remain closed. Some Republicans have insisted that it reopen immediately. But more than anyone else, the decision about when — and how — Texas will return to business as usual falls to Gov. Greg Abbott.

The team that is guiding him through that process features some of the most prominent and politically powerful business executives in the state, many of whom have contributed generously to the governor’s political campaign.

Its chair, James Huffines, is a former bank executive who served two stints as chair of the University of Texas System Board of Regents. Its chief operating officer, Mike Toomey, was until recently one of the state’s leading business lobbyists and is a former chief of staff to former governors Rick Perry and Bill Clements. And its ranks include multiple well-known entrepreneurs, including the owner of the Houston Rockets and the founders of Dell Technologies and Kendra Scott.

The “Governor’s Strike Force to Open Texas” is already “working around the clock” to begin opening up the state while keeping communities safe, Abbott said Friday when he announced the team of around three dozen. The task force’s next set of recommendations is expected to be reflected in an announcement the governor makes next week.

“I want you to know that I’ve already begun working with this team about next steps for Texas,” Abbott said at Friday’s news conference, referring to Huffines as someone “who has successfully run businesses and knows his way around the Capitol” and calling Toomey “a proven chief operating officer who knows how to quickly deliver results.”

But the task force’s make-up has also drawn criticism from Democrats and even some local elected officials, who argue that the group lacks perspective from those who they say know their communities best.

“It was disappointing to see that it appears to me that no local elected official was invited to participate in these panels,” Austin Mayor Steve Adler said in a video statement last week to the Tribune. “I think that local officials bring a very important and needed perspective to that work.”

State Rep. Celia Israel, D-Austin, echoed a similar sentiment while on a conference call with reporters, saying that the voice of county judges and mayors “is critical” — and that it was missing from the task force conversation.

“They are our eyes and ears on the ground,” Israel said, “and most connected to what exactly needs to be done and what can be done.”

Leaders with experience in Texas politics

The task force will advise Abbott on perhaps the most difficult question facing governments across the country: How should Texas balance the need to minimize deaths from the new coronavirus with the knowledge that stay-at-home measures are causing real economic pain?

Abbott and other state leaders have expressed optimism that ordering Texans to stay at home except for essential services has helped slow the spread of the virus and kept the state’s hospitals from being overrun. But many members of Abbott’s own party have urged him to allow the state to return to work as quickly as possible, even as some health leaders stress that doing so would cost lives.

The task force is comprised of a 39-member advisory group of business leaders and also features consulting members such as Attorney General Ken Paxton, Lt. Gov. Dan Patrick and House Speaker Dennis Bonnen. Multiple medical experts — including state health Commissioner John Hellerstedt and Mark McClellan, a former commissioner of the U.S. Food and Drug Administration — will serve as the group’s chief medical advisers, which Abbott said Friday “will work together to develop a medical architecture to comprehensively test and trace COVID-19.”

Originally published at the Texas Tribune. Click to read the original story.