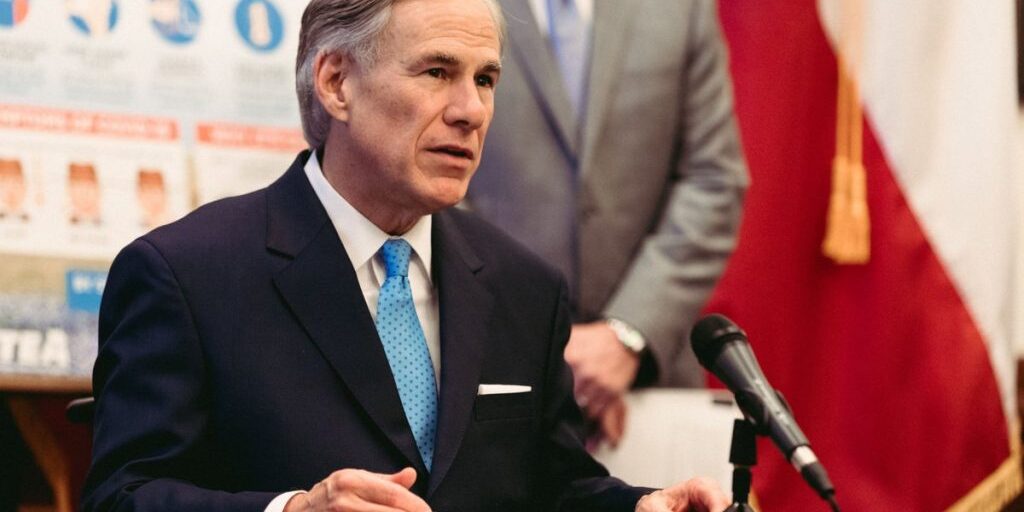 Gov. Greg Abbott on Friday announced initial steps to reopen the Texas economy during the coronavirus pandemic, including those that in the next week will loosen surgery restrictions at medical facilities, allow all retail stores to provide product pickups and reopen state parks.

Abbott also named a “statewide strike force” devoted to getting the economy going again. Austin banker James Huffines will chair the task force, and veteran lobbyist Mike Toomey will lead its staff. The group will oversee what Abbott described as a phased reopening, starting Friday with additional announcements set for April 27 and sometime in May.

At the same time, Abbott announced all Texas schools will stay closed through the rest of the academic year. He previously shuttered them until May 4.

Abbott made the announcements during a news conference at the Texas Capitol that he began on a note of optimism.

“Because of the efforts by everyone to slow the spread, we’re now beginning to see glimmers that the worst of COVID-19 may soon be behind us,” Abbott said, noting that the number of infections is “beginning to level off” and the death toll, while tragic, has “not come close to the early, dire predictions.”

“We have demonstrated that we can corral the coronavirus,” Abbott added.

In recent days, Abbott has faced pressure from some in his own party to reopen the state’s economy, while Democrats have argued Texas is nowhere near ready to do so, citing the state’s low testing level. Abbott insisted at the news conference that Texas was preparing to dramatically increase its testing capacity, but he did not provide details beyond suggesting a timeline of “late April or early May.”

After the news conference, state Rep. Chris Turner, the chair of the House Democratic Caucus, issued a statement saying Abbott has failed to “provide a clear plan for how Texas will increase testing.”

Abbott’s news conference Friday came a day after President Donald Trump announced guidelines for states to begin lifting restrictions. Trump has agitated for a reopening of the U.S. economy, and Lt. Gov. Dan Patrick has echoed him at the state level, naming his own task force to restart the economy 10 days. Patrick said Friday that his task force will be “working together” with Abbott’s.

Abbott said his task force will include fellow state leaders such as Patrick and Texas House Speaker Dennis Bonnen, as well as top medical experts including state health Commissioner John Hellerstedt and Mark McClellan, former commissioner of the U.S. Food and Drug Administration. The medical advisers will focus on developing a strategy to “comprehensively test and trace COVID-19 that will enable Texas to gradually and safely” begin returning to normal, Abbott said.

The task force will be rounded out by an advisory group of business leaders, Abbott said, naming prominent entrepreneurs including Kendra Scott and Michael Dell.

The first phase came in a series of executive orders issued Friday. One order allows for product pickup at retail stores — what Abbott described as “retail-to-go” — that will begin April 24. Outlets will be allowed to bring orders straight to customers’ cars in a manner similar to how many restaurants are offering curbside pickup.

Another order, which goes into effect at 11:59 p.m. Tuesday, will allow a limited amount of nonessential surgeries at hospitals, as long as those surgeries don’t deplete the hospitals’ supplies of personal protective equipment and allow the facilities to keep at least 25% of their capacity available for the treatment of patients with COVID-19, the illness caused by the new coronavirus.

Abbott’s previous executive order banning all elective procedures quickly sparked a legal battle because it resulted in a ban on most abortions. Abbott said Friday the courts will eventually settle the matter but that abortions are “not part” of his latest order on surgeries.

A third order will allow state parks to open Monday. Visitors to parks will be required to wear masks, stay 6 feet away from people who are not in their party, and limit gatherings to five people or fewer.

Additional openings will be announced April 27 “after further input from medical staff,” Abbott said. Abbott repeatedly pointed to April 27 as the next date on which he could announce additional steps to reopen the economy, as long as Texas is continuing to make progress in slowing the spread of the virus. Previewing that date, Abbott said, “One of the things that we will consider is the elimination of the stay-at-home policy,” which he announced late last month and expires April 30.

“If the data continues to show a flatlining and then a decline” in positive tests, “that is a signal that we can begin the process of opening up some businesses that adhere to the strictest strategies that will reduce the spread of the coronavirus,” he said.

One thing that could delay the broader reopening of the economy is the availability of testing. The number of tests done in Texas is 169,536, according to state figures. That continues to amount to a tiny fraction of Texas’ nearly 29 million people, fueling concerns about how state leaders can track the virus or know the full extent of the outbreak.

Citing recent talks with the White House, Abbott said Texas would be seeing a “dramatic increase” in testing — “not just testing those who may show symptoms, but also being able to test entire communities so that we have better information.” Pressed on specific numbers and a timeline, Abbott said Texans can expect a “massive amount of testing capability coming to Texas by late April or early May.”

Democrats said they are tired of waiting for Abbott’s promises of more testing to come to fruition. During a conference call after Abbott’s news conference, U.S. Rep. Joaquin Castro, D-San Antonio, told reporters that is is hard to “flatten the curve when our leaders have been so far behind it,” accusing Abbott of first relying on local leaders to address the coronavirus response before finally taking statewide action.

“We’re concerned about the life and the livelihood of Texans,” Castro said. “Throughout the response, Abbott has said, ‘More tests are coming,’ but they still haven’t come.”

Democrats were also quick to note that Abbott’s task force does not include any local officials, whom Abbott had initially deferred to in enacting policies to contain the coronavirus. One of those officials, Dallas County Judge Clay Jenkins, responded to Abbott’s news conference with a statement urging local, state and federal officials to work together to restore the economy in a responsible way.

“Several of the things mentioned by the Governor today were already being discussed by our team in Dallas County such as loosening the restrictions on some surgeries and ‘retail to go,'” Jenkins said. “Others, like opening movie theaters and restaurants are not businesses we contemplate being in the first group of businesses to be opened for in person experience.”

In naming the leaders of the task force, Abbott turned to two men with deep experience in and around business and state government. Huffines, the chair, previously served as Central and South Texas chairman of PlainsCapital Bank in Austin. From 2003-10, he served on the University of Texas System Board of Regents, including two stints as chair.

Toomey, who will be the top full-time staffer for the group, is best known as a close adviser to former Gov. Rick Perry, for whom he was chief of staff. Toomey, a former state representative, also was chief of staff to ex-Gov. Bill Clements. Toomey is a partner at Texas Lobby Group, though Abbott spokesman John Wittman said Toomey has deregistered as a lobbyist to join the task force.

Abbott’s news conference came as the number of coronavirus cases in Texas climbed to at least 17,371, including 428 deaths, according to the latest numbers from the Texas Department of State Health Services. Out of Texas’ 254 counties, 192 are reporting cases.

This story originally appeared at the Texas Tribune. Click here to read the original story.