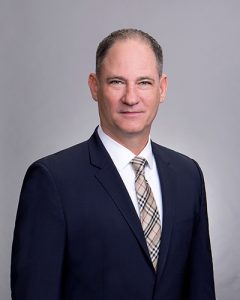 Specializing in a legislative practice at the State level with focuses on Public Finance, Municipalities, Alcohol Regulations, Taxes, Transportation, Energy and Insurance issues.

In addition to the work experience listed above, Mr. Yarnell has worked on a variety of campaigns ranging from State Representative to President of the United States of America. Of note, Mr. Yarnell spent the last 12 years ensuring the re-election efforts of the House Leadership. During the 2002 campaign cycle, Mr. Yarnell directed the successful campaign of State Representative Patrick Rose –who, at the age of 23, narrowly defeated a six-year incumbent and was named Texas Monthly’s Rookie of the Year for the 78th Legislative Session. Mr. Yarnell continues to advise legislative leadership during election season.

William and his wife Christina are parents to four boys ranging in ages from 5 to 20, the oldest attends the United States Air Force Academy, and they are both active members of the Lakeway community in Austin, TX.